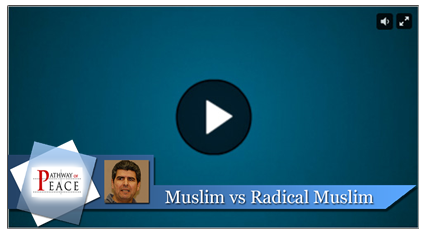 Is there really a difference between a Muslim and a radical Muslim? In this video with Pastor Thabet Megaly, we will explore this question more in depth. In our North American culture of political correctness, there is a growing concern for the real agenda behind radical Islam and what is actually taught in the Koran / Quran.

With 200 to 300 million radical Muslims, bent on the destruction of western civilization, it is time to wake up and discover the true nature of Islam and the teachings of the Koran / Quran. Radical Islam is the true Islam, which is not a religion of peace, but rather a religion of death and destruction.

How do Muslims treat non Muslims

The Book That Killed Charlie Hebdo

Does God command revenge or forgiveness?

Does God punish us with COVID-19?

Did Jesus Christ physically rise from the dead?

Does God punish us with COVID-19?

Does God command revenge or forgiveness?

Is Muhammad Mentioned in the Bible?